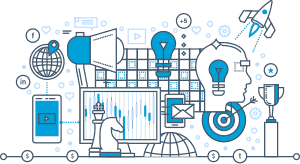 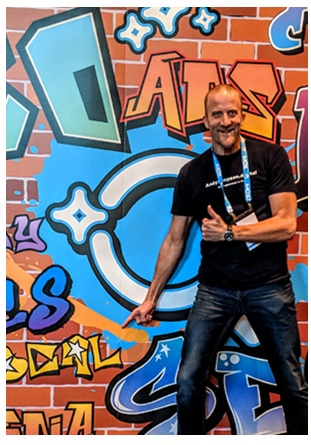 Andy Simpson created his first web site in 1996 and hasn't looked back since. In the early 2000's, he became Senior SEO Specialist for a large UK DVD & Video online retail company which didn't understand how to rank on Google, and he helped turn that around. Andy has launched hundreds of sites in the UK and the USA; from design and development, through to site launch, he understands the customer and the users’ requirements.

After running his own web design company in the UK for nine years Andy moved to the States in 2014 with his wife Debi. He worked for a large SEO legal agency for almost two years but then escaped and found himself working for Digital Law Marketing in October 2016.

Andy enjoys sharing what he knows about this digital space in a way that his clients can understand, and has spoken to User Experience students in NYC and at local Chamber of Commerce events both here in the US and the UK. He also spoke several times to members of the Atlanta Local SEO Meetup Group. You can watch Andy on SEMRush and Authoritas discussing the importance of company brand and local SEO techniques.

He is very active on Twitter, where he often shares what's happening in the world of search and local search to those who want to know more. In 2020 listed as a top Local Expert to follow on Twitter, alongside team member Amy Toman. They both contributed in the “2020 Local Search Ranking Factors” survey, which polls around 40 local SEO experts, asking for their opinions on which activities and factors impact local business rankings.

When Andy isn’t working, he enjoys cycling and traveling with his wife Debi, with whom he’s visited 59 countries.