What a busy year in search it has been. With only about 65 days left in the year and 300 gone, it’s an appropriate time to discuss what we saw during 2014 in search. In 2014, we saw a lot of continuation of concepts that became popular in 2013. Content is still king. Quality links are still a necessity. We also saw Google do a lot more detectable testing of their algorithms and updates before launching them, showing that they are taking a little extra effort to perfect updates before releasing them.

We will take a brief look at each update and provide links to more information on those updates to help you understand what may have happened to your law firm’s organic search traffic.

Guest Blogging for SEO Declared Spam (January): In January, Matt Cutts made a huge announcement, declaring guest blogging as spam. Matt stated that guest blogging was being abused and was resulting in low quality content and spammy links. Google was being forced to take action. In coming months, we saw many sites with content populated by guest bloggers crumble and even saw the bloggers themselves getting penalized. I’ve always said that any white hat tactic can become a spam tactic when it’s easily exploited. Guest blogging was too easily exploited. Guest blogging is still important and great exposure when done properly. Just be sure to add the nofollow attribute to your links. 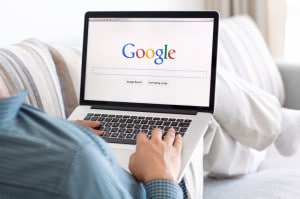 Page Layout #3 (February 6): The page layout updates focused on penalizing sites where the ad content was overpowering and Page Layout #3 specifically targeted websites with too much ad content above the fold. This was no surprise. Google wants to provide its users with the best search results, and generally speaking, sites with a lot of ad content above the fold tend to also be low quality affiliate sites with minimal original content. As a bonus, in theory it may have helped their own ads on the search network.

Unnamed Update (March 24): The unnamed and still unconfirmed [Panda] update is thought to have acted as a softening of prior Panda updates. As there is no confirmation of anything from Google for this date, we will not say there was or was not an update. However, we can confirm that many small to medium sized business’ sites that were previously dinged by Panda saw a traffic boost, some as high as 25% and we can confirm that Matt Cutts discussed a “softening” of the algorithm at the prior SMX West. Connect those dots as you may.

Payday Loan 2.0 (May 16): Payday Loans 2.0 was a very simple update that only targeted certain niches (though later statements from Google indicate that this update targeted specific sites, not niches). We barely felt or noticed this one at all.

Panda 4.0 (May 19): Panda 4.0 was said to rollout on 9/20, but Moz and other sources agree that it was felt a few days prior. This algorithm update and data refresh impacted 7.5% of English queries, but targeted multiple languages, making it one of the most influential algorithm updates.

Payday Loans 3.0 (June 12): Google stated that this was the update that in fact targeted spam queries in markets known for spam. We noticed this one as many legal markets are often flooded by spam. Some areas of practice, especially DUI, had some drastic shifting during this time.

Authorship Photos Disappear (June 28): This was the beginning of the end for authorship. Google began finding people using authorship improperly to get their photos to appear next to their company’s content, and while Google stated that they saw no change in CTR when companies had their authorship image showing, our data pointed to the contrary. Due to the small proportion of people taking advantage of authorship, Google began the process of removing author images from the search results. 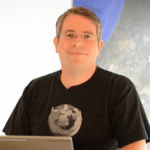 Matt Cutts Goes on Leave (July 3): On July 3rd, Matt announced that he would be taking a few months off to spend time with his family and do a little traveling. He announced he would return to his original position in October (he did not).

Pigeon Update (July 24): It’s like they were hiding it in their back pockets and waiting for Matt to go on vacation to run it out, but just a few short weeks later the Pigeon arrived as the largest update to local search since Venice. Pigeon did away with many local 7-packs and made regular organic signals, such as links, domain authority and content, more important local ranking signals as well. This turned the local business world upside-down and the execution of the Pigeon update, frankly could not have been worse. For more information on Pigeon, read our post or a favorite of mine from Andrew Shotland: Picking Through Google’s Pigeon Droppings…

HTTPS/SSL Update (August 6): Now this is the update that had us at Digital Law Marketing laughing because we knew what the result would be the moment we heard about the update. Google decided that HTTPS/SSL would now be a minor ranking signal that may grow in the future. Naturally, there was a mass rush for everyone to secure their domains and get that rankings boost! The boost was insignificant/unnoticeable.

Authorship Removed (August 28th): Google removed authorship entirely, or so they say. Personally, I kept my authorship tags and my clients’ tags in place. I still see hope for authorship, even if Google claims not to at this point in time. Google claims to have made strides towards being able to identify on their own who owns content and no longer require authorship to tell them.

Panda 4.1 (September 23): This Panda update rolled out very slowly, possibly as long as a few weeks. Search volatility charts were off the charts throughout late September and really throughout most of October. Panda 4.1 focused a lot more on user engagement metrics and reiterating the initiatives of Panda 4.0. The exact impact of this update is tough to gauge but estimates between 3-5% as indicated by Moz.com seem about right. We saw some very interesting patterns during Panda 4.1. Nearly across the charts, our Webmaster Tools impressions were steady or even dipped a bit, but many of our sites have seen over a 50% increase in clicks over prior 30 day periods resulting in some nice traffic increases for some of our clients.

“In the News” Box (October 1): Google is using a new feature called “In the News” in the SERPs. This update was not a hit with many webmasters. Many sites being pulled into these boxes are not a part of Google news and many weren’t really news. I’ve seen some improvements since launch, but Danny Sullivan mentions some really interesting (and some humorous) “news” that pulled into these boxes.

Penguin 3.0 (October 19): Perhaps one of the most unnoticed and disappointing updates for many webmasters that waited 13 months for the data to refresh. Google hinted that Penguin 3.0 was merely a refresh of the old algorithm, not a new and improved one. Volatility reports actually show the dates from the 17th to today being pretty stable (considering the last 40 days or so). I think what we are seeing is a “more gentle” Penguin algorithm that penalizes websites, but much less severely. We are still collecting data on this update and would love to hear from some of you in the comments thread.

I’ll hit some key points on Bing and Yahoo. Their combined 30% share of the search market is often overlooked.

Bing spent a lot of time in 2014 working on updating their advertising platform. Improved device targeting, product advertising and auto-tagging were among the big changes to Bing ads in 2014. Some enhancements Bing implemented in organic search in 2014 include releasing a URL keyword spam filter that had a pretty serious impact on search results. Over-optimization still worked well on Bing in 2013. In 2014, we saw the search engine start to take steps to better detect spam and over-optimization.

2014 I will forever see as the death of Yahoo as we’ve known it. Yahoo will be shutting down the original Yahoo search directory for good. Yes, the same directory you submitted sites to in 1996 will see it’s final days in 2014. In 1996 getting your website into the Yahoo search directory was a huge deal. This directory was overtmatched a decade ago by crawler-based search engines (such as Google), but the original Yahoo directory is like the Roman Colosseum of the Internet.

As a company, Yahoo may be in a transition period. They have closed down multiple departments and programs in 2014 and appear to be refocusing their efforts on search. 2015 could be an exciting year for Yahoo, but 2014 was a nightmare that saw Yahoo’s search share drop to 10% as Bing’s has grown to near 20%. Google continues to hold the vast majority of the market at 67.3%.

You can see a breakdown here.

A busy year in search

It’s been a very busy year in search and we still have 2 full months until 2014 is over. We saw 2 updates to Panda, a Penguin refresh, Pigeon, multiple smaller updates, the death of authorship (once thought by some to be the potential successor to PageRank), among many other changes. If you believe one of these dates aligns with a drop in your traffic, give us a call. We are happy to review your law firm’s website in-depth and let you know if you may have been hit by one of these many updates.